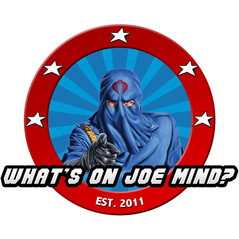 I'm interviewed by the awesome guys at What's On Joe Mind...Check it out here!


Click the button below
What's on joe mind Interview

By Dusty Kat and Screwball of

I had a blast on the show...Huge Thanks Everyone!
The SBMF Interview 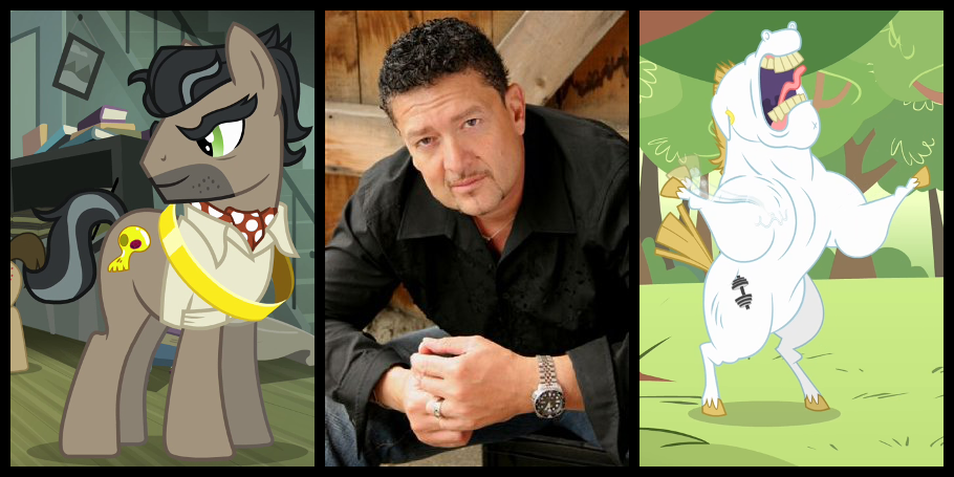 Interview With A Voice Actor

By : Caitlin Oram
Thursday, October 24, 2013
You may know Michael Dobson as Deathspank, Batman/Joker, Starscream, or Lucas Amato, but if none of those ring a bell, it’s likely you’ll find something familiar on his IMDB or Wikipedia pages (the BehindTheVoiceActors page has pictures and links to audio, if available). He’s been credited for his acting since 1980, and has had a hand in just about every cool cartoon or anime dub ever, as well as parts on just about anything that’s been filmed in Victoria or Vancouver BC – and more.

I was able to steal two hours from Michael Dobson, and our talk was amazing. However, it was a lot of information, not all of which I have the space for here. In order to help, I’ve paraphrased a lot of what we talked about; but if you want the full experience, I’ll link the full interview below shortly.

“I really had thought that I was going to be a career person in the Royal Air Force… I had aspirations about being a pilot” Dobson got great grades, a scholarship, and training to set him on that path. During his free time, however, he was more creative; he and his brothers wrote and performed comedy sketches, imitated characters from TV shows like the Looney Tunes, and would even read through comics together aloud, doing appropriate voices along the way.

It never occurred to them that this could be a career – until his family moved to Canada, and he took a “theatre arts” elective. There he realized that everyone there was crazy like him – and meeting other creative types really fueled his drive to be more creative.


It wasn’t until he was doing the school announcements and a busful of kids treated him like a celebrity that he really understood that performing was something that he loved, and that people loved it. From there he joined a local theatre company, wrote and toured a one man show, and found his calling.

“I fell into it I guess in a way, and I just… I loved it, and I just had never been so passionate.” Reflecting on his decision to leave the career path he’d set out for himself, he’s glad he picked the acting route – “every day I love going to work and doing what I do.”

Knowing that this was what he wanted, Dobson dove into performing; he did more theatre before moving out to the University of Victoria (in Victoria, BC, Canada) where he did some part-time courses. As a student, he was able to audition for whatever plays were on – so he auditioned door-to-door for all of them. He ended up being fought over, and he picked “Molly,” a master’s thesis project. He had a blast – “it was from then on that I knew that’s what I wanted to do – I didn’t want to do anything else.”


The rest of Dobson’s career is pretty idyllic – a perfect example of “do what you love and everything will fall into place.”

Working multiple jobs to make rent, he performed because he loved it. Just chatting with people, doing voices, and having fun got him far – a guy down the hall in his apartment building saw that passion and gave him a spot on a radio show (recorded during lunch breaks), which is where his career shifted into voice acting. Starting with comedy spots and commercials, Dobson made a name for himself in acting and voice acting circles on Vancouver Island, and eventually Vancouver itself. He now lives in Vancouver with his own sound studio, still working: recently he’s been Forge Ferrus in Max Steele, as well as working a couple other in-progress games that he can’t talk about.

Now, the lion’s share of Dobson’s work is as a voice artist – even though it’s relatively unpredictable. As a voice actor, often he doesn’t know what the next day will bring, but he’s okay with it. He’s having fun, doing what he wants, and meeting cool people – and really, he feels that there isn’t as much certainty in life as one might think, and voice acting gives you at least a little more control and awareness over the uncertainty. What really matters is that you’re excited about work when you walk out the door in the morning, and excited he is.

In order to “inhabit” a character, Dobson pretty much starts from scratch – he thinks about the character and what drives them, trying to pinpoint what makes them tick. Once he has that and can be true to the character, the voice falls into place. However, it gets tough when you’re portraying a character from a franchise; they come with set-in-stone biographies and approaches that need to be honored.

Those characters also usually come with fanbases who will get angry at any deviations from what they consider to be standard.

For example, take Dobson’s work as Starscream. Chris Latta, the ‘definitive’ voice for Starscream, had just passed away. Because Transformers: Armada was set before all the classic Transformers shows, Dobson wanted to do a slightly different version of Starscream, reasoning that a different time period would make a slightly different Starscream. He also didn’t want to do a Latta impression, because he felt “that [portrayal] should be his.” This pissed off a bunch of fans who didn’t understand what he was doing, but they have warmed up to him now. Dobson was also really honored to get to play both Starscream and Cobra Commander, much like Chris Latta himself.


Dobson got involved with another huge franchise when he got involved with the motion comics Batman B&W. As a Batman nerd himself, he had a pretty good idea going in for how he wanted to portray Batman, Alfred, Joker, and everyone else. Even so, he did all the prep work –  he looked at the script, then looked at the comic panel for panel, and really absorbed it so he could use it in his performance.

Working in games for the first time, Dobson found that voice acting for games is different and challenging. Older games used to limit voice acting to just cutscenes and maybe a couple repeated lines for each NPC, but as games got more complicated, so did the voice acting. Sometimes you need to read each line exactly, sometimes you get to play with it. For Dobson’s work for Need For Speed, he had thousands of lines that needed to be mixed and matched, so he needed to stay perfectly on script.


By contrast, with his recent work as the eponymous Deathspank, Dobson was allowed to improvise and play around with the character, with encouragement from director Ron Gilbert, who was in-studio for the recording.


With new technology, though, comes changes to voice acting. With the arrival of MoCap, voice acting for games has become even closer to screen or stage acting, where your whole body is part of the performance – which also means that unlike most video game voice acting, you have to be off-book. Dobson described his work with Driver: San Francisco, and the MoCap setup they used for that.


It isn’t just the challenge of acting in video games that Dobson likes; it’s also the people and the energy. People working on games are often working on the cutting edge of technology, and are really jazzed about what they do. It’s also a very interactive industry, with players being able to talk and blog about what they like and what they don’t, so the developers can take that into account. It’s a lot of people being passionate and working on something they love, and that makes for a really cool energy.


As for the future, Dobson thinks it will only get better for voice actors. He sees game discs going away, to be replaced by streaming games. He also thinks that soon technology will reach the point when you can have a real conversation with NPCs – and that’ll really open up the world for voice artists. Episodic games could mean recurring roles for voice actors, making it a more reliable job. When a new console comes out, people focus more on the technology and less on the implications this superior technology will have for the people involved – and better tech means more voice acting, and more immersive games as a result.

As I mentioned above, the interview was about 2 hours long and had too much good information to fit into one article. I’ll post a segment on advice for voice actors later (that’ll include all the great advice Dobson gave during the interview), but for now you can listen to the full interview here! Enjoy!

Posted in features, features-tiles, The Long

About the Author Caitlin Oram Living in the soggy Pacific Northwest, Caitlin Oram (recently Caitlin Blank) likes spending her time inside, playing, reading about, thinking about, watching, or even listening to video games. During work hours, she pretends to be a freelance writer and indie game developer who spends too much time playing games and not enough time making them. She can be found in the twittosphere at @DireMuffin, and on Steam under the same name.